A couple years ago my friend Trevor and I went to look at the Apple garage. As we stood there, he said that as a kid growing up in Saskatchewan he’d been amazed at the dedication Jobs and Wozniak must have had to work in a garage.

“Those guys must have been freezing!”

That’s one of California’s hidden advantages: the mild climate means there’s lots of marginal space. In cold places that margin gets trimmed off. There’s a sharper line between outside and inside, and only projects that are officially sanctioned — by organizations, or parents, or wives, or at least by oneself — get proper indoor space. That raises the activation energy for new ideas. You can’t just tinker. You have to justify.

Some of Silicon Valley’s most famous companies began in garages: Hewlett-Packard in 1938, Apple in 1976, Google in 1998.

“The Power of the Marginal”, Paul Graham

In the mornings, as I try to predict whether or not I’ll need one or two allergy drugs to make it through the day, I can’t help but wonder how many other people are weighing the same question as I. When I struggle to keep a coherent train of thought going, or leave work in a fog, I sometimes think back to the start of this PG post, “The Power of the Marginal.”

In considering the potential of one’s efficacy, we must consider environment as much as, for instance, the time period that one lives in.1 After all, isn’t the cultural climate and density of smart people one of the main draws of moving to Silicon Valley?2 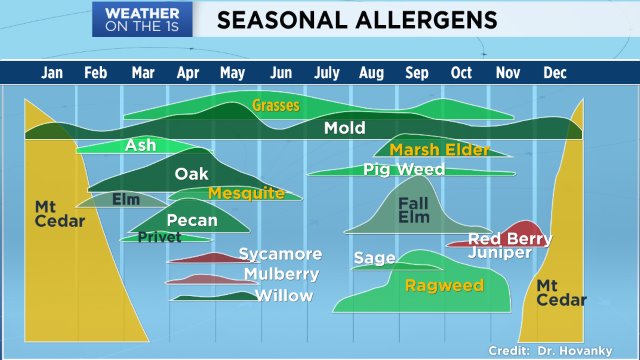 What happens when one of the variables of the environment changes to such levels that a significant portion of the population becomes effected? When productivity drops with the regularity of the weather whiplashing from freezing to hot? When our capacity to hold more than two thoughts in our minds diminishes, do we do anything to address the underlying causes, or do we just resign ourselves to taking a third allergy drug and churning out mediocre work for stretches of weeks? And does this wide-spread diminshing of our collective capabilities signal a limit to the growth that Austin will be able to support, or a limit to the amount of important work that we will be able to complete here?

I don’t pretend to know the answers to any of the questions, but one thing I do know is that even though we work in zeros and ones, we don’t exist apart from our environment.